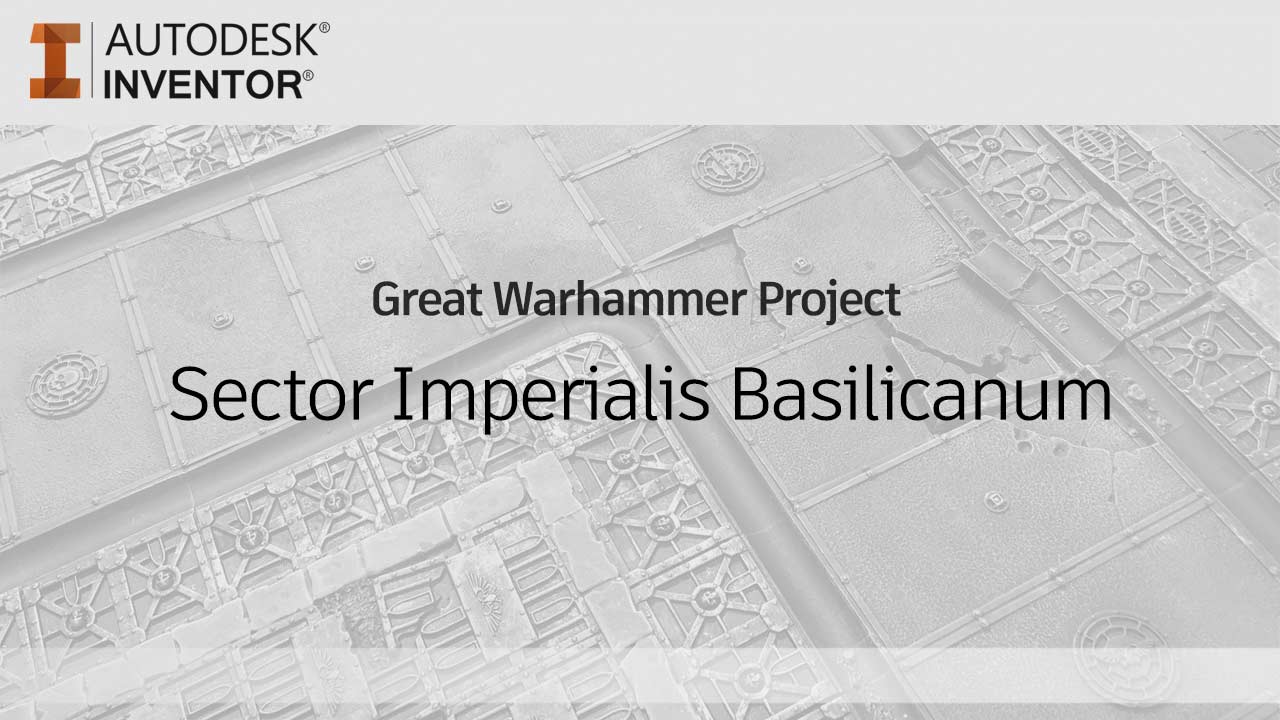 I am honored to announce that my first 3D diorama project has already begun. I’ve modelled each parts as seperated before, but nowadays, i decided to join all parts in one scene. Here i share a reference photo above. I would like to thank all commanders who love Warhammer culture for their time and efford to complete such excellent works..

I’ve started to model the ground first. I have only photo references, so i decided to trust to my eyes for scaling all parts.. I am fond of ratios, at least i was successful to find relations between parts.. I was modelled each parts in Inventor, imported to Max and unwrapped each to get ready for Substance Painter..

Pipes on the ground have placed well.. This middle part has additional details in itself. There will be unnecessary parts which makes the scene more heavier, so i decided to remove that parts.

Next part is about modelling the gate, columns and walls.. Especially, column was the most important part for me. Because all other parts’ sizes will be based on that column. So, i decided to create it as modular like lego parts carefully, so they would attach each other easily..

As you see above, i’ve found a referance photo which shows me attachment of parts each other..

Because of the key role, i started to model column first..

Next step was modelling the gate.. According the sizes of column, i’ve modelled the gate.. Gate has details on it, so i decided to model every detail as seperated.. So i would join each other on 3ds max..

I imported these models into my scene.. All parts’ sizes were calculated before, so all parts were joined each other perfectly..

Next step is about modelling the windows.. As you see above, i’ve found a referance photo which shows me the types of windows.. Because of modular design, all parts attach each other perfectly..

Sketching of windows has almost done. Windows have too much of details, so they have taken too much time for modelling.. Next step is extruding the windows..

Windows have modelled in Inventor, then exported to 3dsMax.. They are ready to merge in diorama..

Windows have merged into scene.. They have connected each other by columns perfectly..

I’ve found this model from thingiverse.com.. I’ve fixed it with retopology technique.. Then, i’ve scaled down polygon count to %25 with “Prooptimizer” modifier and it almost seems fine..

Fences and additinal columns have modelled and added on scene..

Some parts of the ground have rescaled and rearraged..

The side windows caused too many destruction, so removed them.. I want to keep the scene more simple..

I’ve placed the “Land Raider” on the middle of the road. Our hero is ready to defend the basilicanum..

I may add some details on scene, but for now, it seems ok.. I hope you will like it..